The world’s current best single-seat aircraft specifically designed for aerobatics. All aerobatics world championships have been won with this model since 2013. Tamás Illés has flown this aircraft since 2015.

The Extra aircraft manufacturing company was established in 1980 by one-time aerobatics pilot Walter Extra of Germany. In 1982, he participated in the aerobatics world championship and then decided to start to design sports aircraft using his experience.

Today, Extra manufactures five different aircraft models specifically developed for aerobatics, of which Extra 330SC is a one-seater designed for the world’s top class, the Unlimited category. It has been manufactured since 2008 and three out of the four Unlimited world championships that took place after its launch were won with this model.

The first was won in Silverstone, England in 2009 where in addition to the world champion four pilots who flew a 330SC finished among the first ten. The World Championship was also won with an Extra 330SC both in America in 2013 and in France in 2015 and in the latter case, it also took the silver medal, and seven out of the best ten flew a 330SC.

Tamás Illés had to skip the year 2015 due to an injury so his first international race with this aircraft took place in 2016. He finished at a combined 18th place out of 40 competitors at the Unlimited Aerobatics European Championship held at Moravska Trebova in the Czech Republic. The next major competition in which he will participate with his new aircraft will be the Unlimited World Championships in South Africa to be held between 16 and 26 August, 2017. 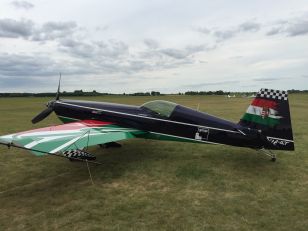 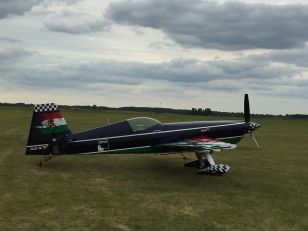 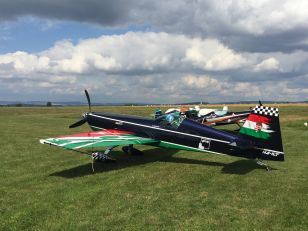 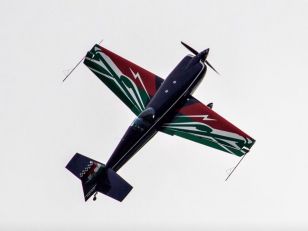