He started his sporting career by car racing and then he changed to aerobatics, where he won the world championship title in the unknown compulsory program of the Advanced category in 2008.  His goal is to become a world champion also in the top class of aerobatics, in the Unlimited category.

After spending some years in touring car racing, he switched departments and continued his career in track racing under the mentorship of multiple-time champion József Cserkúti. In 1997, he also reached the top of this category by winning the Hungarian championship with his BMW.

At the end of the nineties, he took a brave step and switched to formula car racing and signed up for a newly launched European series, the Formula Euro Open by Nissan international championship. The races took place in England, Italy, Spain and France. At the beginning, he raced in foreign teams and then he founded his own team, the Formax Racing Team in 1999. His mentor Mr. József Cserkúti became the Chief Engineer of the team. This series was in fact a talent search championship where the Formula 1 pilots of the future were sought after. In an extraordinary strong competition, he achieved his best result in 1998 in Albacete, Spain where he finished on the eighth place. The championship was won in 1998 by Marc Gené of Spain, and in 1999 by Fernando Alonso, also of Spain. Later on, both got into Formula 1 where Alonso became two times world champion.

After his brief visit to formula car racing he returned to touring car racing in 2000 and participated in its top category, the FIA GT Championship. Driving a Dodge Viper, he attained the biggest success of his driving career in that year.  At the 500 km race at Hungaroring, he finished on the 3rd place racing for Chamberlain Motorsport of England alongside his team mate Stephen Watson of South Africa.

During his racing career, he always actively looked for the company of experienced champions and chose mentors from whom he could learn the most. It was true in car racing and it has been so also in aerobatics.

He started his aerobatics training in 2002 on a Zlin 726 aircraft under the tutorship of Mihály Erdős who had been a member of the Hungarian team at the Aerobatics World Championship in Magdeburg in 1968 and in England in 1970.

He achieved his first success in 2004 at the Hungarian Aerobatics Championship finishing on the 3rd place with a Zlin 50. Professional management was taken over in the meantime by one-time member of the Hungarian gliding and aerobatics national team Gábor Talabos.

He managed to repeat the same results one year later in America at the world championships. He won the gold medal at the Advanced Aerobatics World Championship in Pendleton in the unknown compulsory program and a silver medal in combined.

After the outstanding results achieved in the Advanced category, he stepped up into the top category, the Unlimited class in 2010. Going into premium class required further development of his professional team. Gábor Talabos was joined by 1990 aerobatics world champion Claude Coco Bressiere of France. The two of them have been overseeing his preparations ever since. 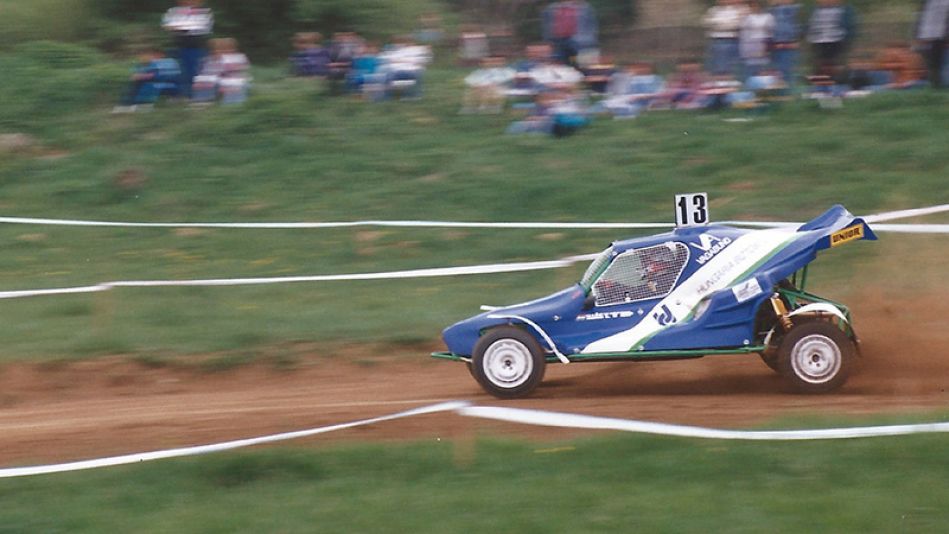 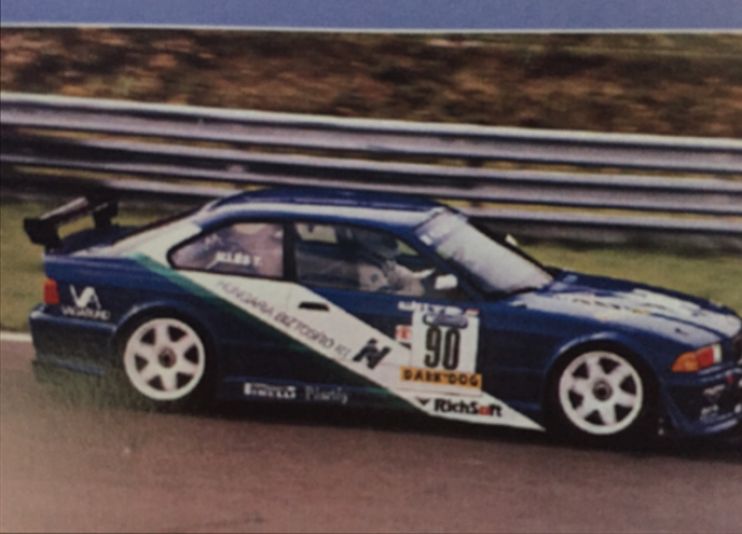 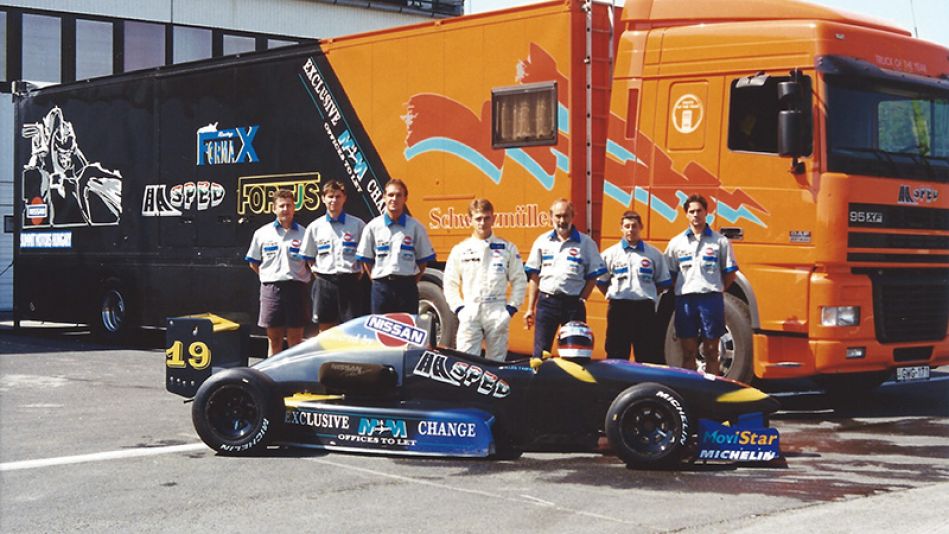 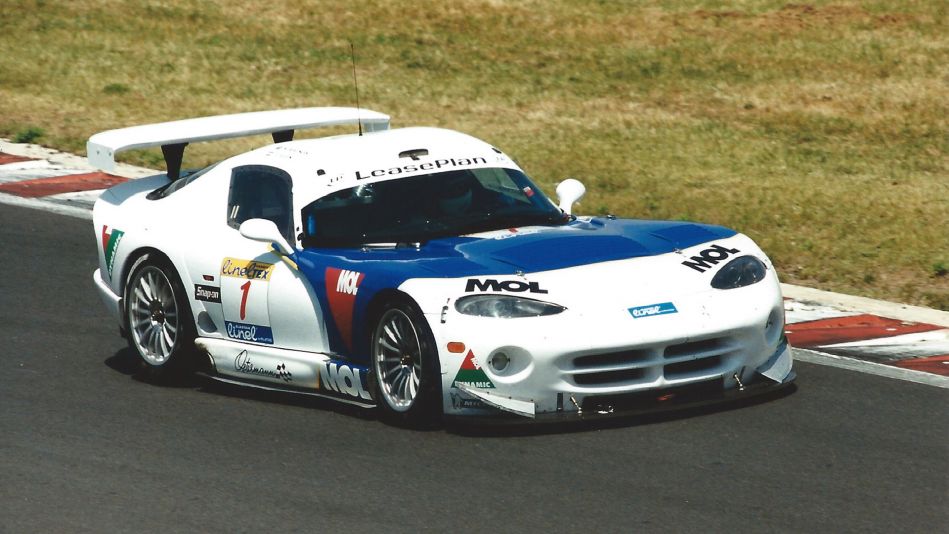 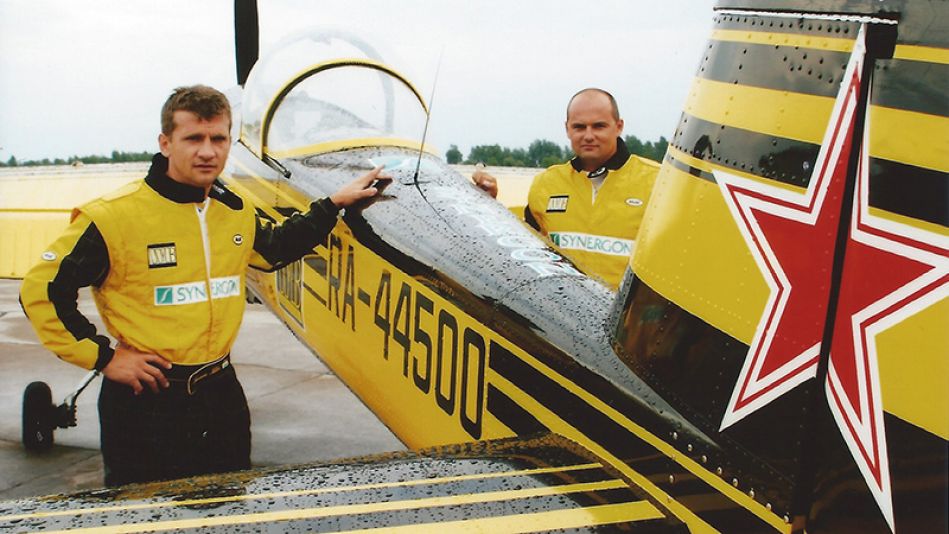 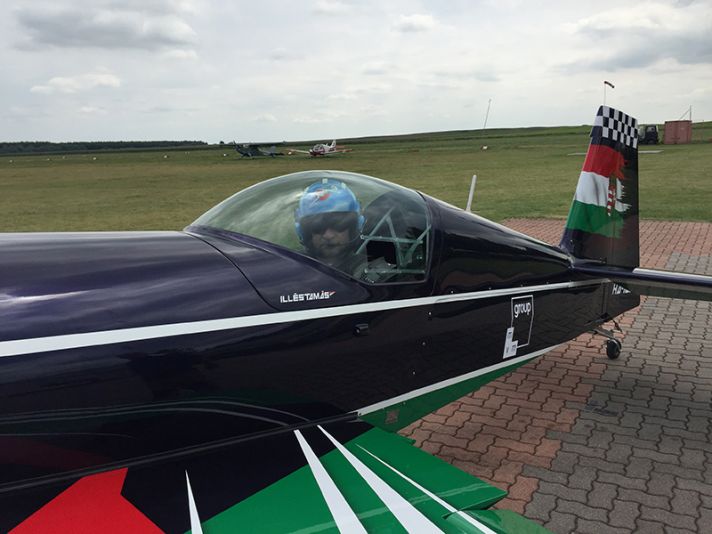