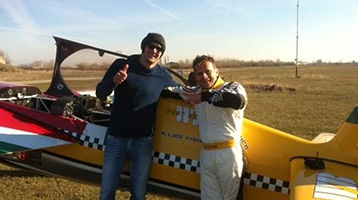 Szívós lasted only 10 minutes in a stomach-churning experience 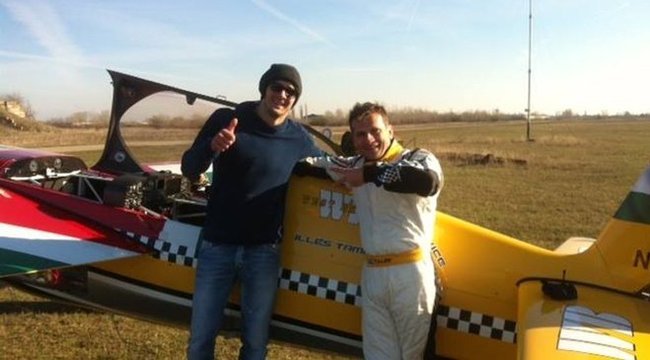 Even though Mr. Szívós is not particularly fond of flying, he had quite a good time on board the tiny two-seater. True, he perfectly trusted in the skills of the pilot, the one-time car racer Tamás Illés.

– I do quite a lot of flying with the national team as well as with my club in Szeged yet I can never fully get used to it, I have always been a bit concerned, said the world champion water polo player who tried a small two-seater Edge 540 in Tököl together with his teammate, Ádám Decker. – When flying on a big plane, you feel yourself vulnerable but on the small plane I could see and feel what Tamás was doing, and we are grateful to him for this experience.

Even though the flight started out easily, Márton has admitted that when the audacious turns, spirals and spins started, he asked the pilot to rather land before any major issue comes up.

– By the end, my stomach rose but despite that I enjoyed this adventure and I especially liked the landing. So, now I also tried this but I won’t miss flying for a while - concluded Márton who also met the great aerobatics champion Péter Besenyei in Tököl who had taken the national water polo team for a pleasure flight ten years ago. Tamás Molnár and Tibor Benedek clearly enjoyed his tricks.